“The designation of International Jazz Day is intended to bring together communities, schools and other groups the world over to celebrate and learn more about the art of jazz, its roots and its impact, and to highlight its important role as a means of communication that transcends differences.”

Spurred by the success of the first celebration, UNESCO, in partnership with the Thelonious Monk Institute of Jazz (TMIJ) will be organizing the second International Jazz Day on April 30th, 2013. This day is destined to raise awareness in the international community regarding jazz’s virtues as an educational tool, as a vehicle for peace, unity, dialogue, and for enhanced cooperation between peoples.

The year 2013 marks the beginning of the International Decade for People of African Descent, consecrated to the theme, “Recognition, justice and development for people of African heritage.” This constitutes yet another highlight of the event that the United Nations will surely support. Africa, whence jazz draws its origins, will thus be doubly honoured this year.

Istanbul will be the official host city for 2013. Turkey has an age-old tradition of jazz.  Munir Ertegun, Turkish Republic’s first ambassador to Washington in the 1930s, opened his embassy’s parlors to African American jazz musicians, who gathered there to play freely in a socio-historical context which was deeply divided by racial segregation at the time. Inspired by this legacy, the ambassador’s sons, Ahmet and Nesuhi, went on to establish the United States’ first jazz and gospel label in 1947 – Atlantic Records – which was seminal in spreading the beauty of jazz music around the world.

In April 2012, UNESCO Goodwill Ambassador Herbie Hancock and TMIJ spearheaded and organized the historical events which took place around the world where  jazz legends gathered together for key events at UNESCO’s Headquarters in Paris, at the United Nations’ Headquarters in New York, as well as at the emblematic Congo Square in New Orleans. From Algiers to Buenos Aires, from Kuala Lumpur to Warsaw, from Lomé to Santo Domingo, more than a hundred countries celebrated this day.

Herbie Hancock (the UNESCO Goodwill Ambassador for Intercultural Dialogue) described International Jazz Day as “a means to highlight, support, and leverage the unifying attributes of music through worldwide celebratory events”. Hancock headlines the event and along with Wayne Shorter will kick off Jazz Day with an early morning performance in Istanbul, followed by the evening concert itself at Hagia Irene.

NOTE: It is still hoped that there will be an International Blues Music Day…soon!

While visiting Nigel, in Southern France recently, we listened to a whole CD of Willie Dixon. Although a prolific song writer, we realised we knew many of his songs but in fact we did not know him well as lead singer and band leader. We knew his songs through the many artists, from Muddy Waters onwards who recorded his songs.

Let’s start exploring  the life and works of this great Blues giant ( and of course , physically as an ex-boxer, he was quite a giant!). 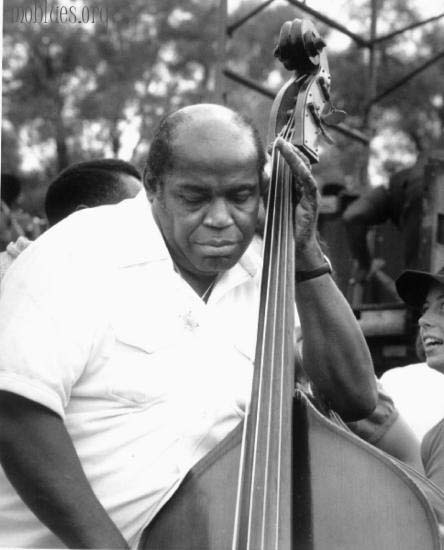 William James “Willie” Dixon (July 1, 1915 – January 29, 1992) was an American blues musician, vocalist, songwriter, arranger and record producer. A Grammy Award winner who was proficient on both the upright bass and the guitar and as a vocalist, Dixon is perhaps best known as one of the most prolific songwriters of his time.

He is recognized as one of the founders of the Chicago blues sound. Dixon’s songs have been recorded by countless musicians in many genres as well as by various ensembles in which he participated. A short list of the man’s most famous compositions includes “Little Red Rooster”, “Hoochie Coochie Man”, “Evil”, “Spoonful”, “Back Door Man”, “I Just Want to Make Love to You”, “I Ain’t Superstitious”, “My Babe”, “Wang Dang Doodle”, “You Shook Me”, and “Bring It On Home”. These tunes were written during the peak of Chess Records, 1950–1965, and performed by Muddy Waters, Howlin’ Wolf, and Little Walter, influencing a worldwide generation of musicians.

Lets start with  I am the Blues

One of the great exponents of Willie’s songs and band leader,Muddy Waters (McKinley Morganfield): 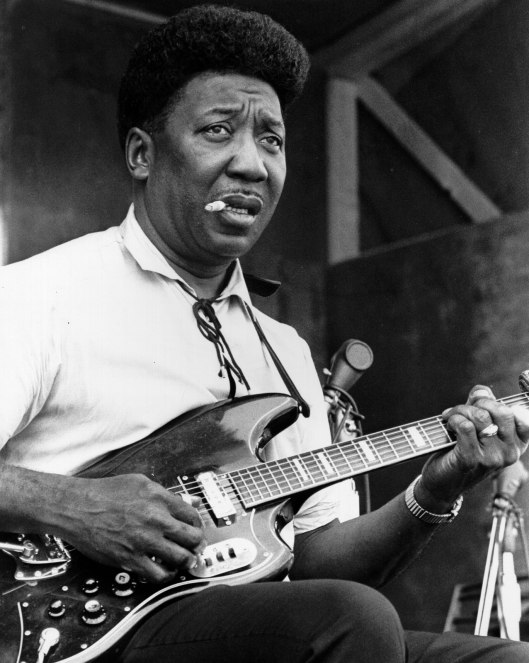 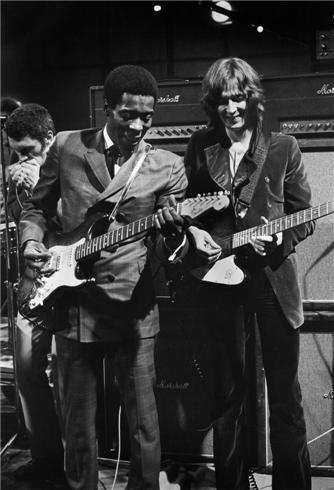 and those who were greatly influenced -Eric Clapton, with the just as great, Buddy Guy 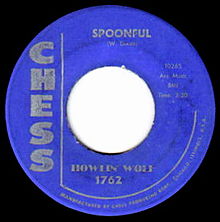 and to illustrate who he influenced-

an interview with Willie Dixon -with a focus on Muddy Water’s harp players: 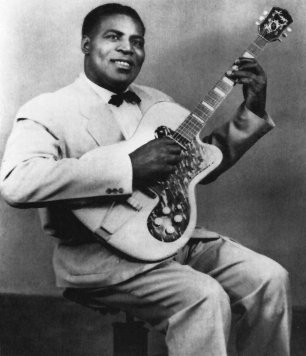 Willie Dixon wrote many songs which Howling Wolf recorded, such as  EVIL 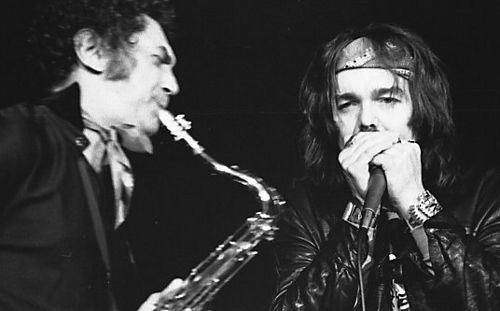 and those who were influenced such as  Captain Beefheart : 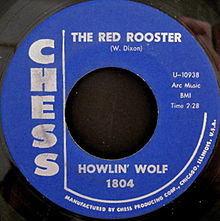 and Little Red Rooster by the Wolf:

and those who were influenced such as the Grateful Dead: 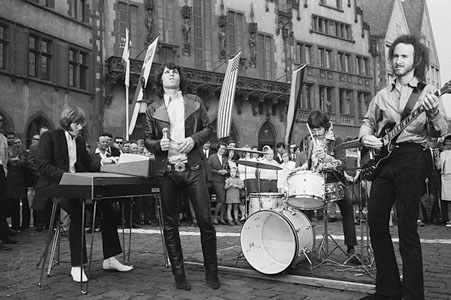 and those he influenced -the Doors -Back Door Man

i just wanna make love to you -Willie Dixon 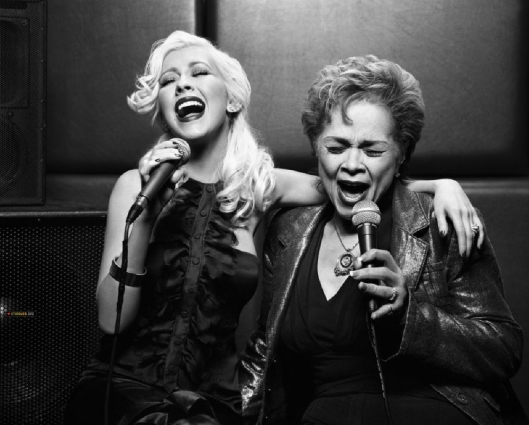 and those he influenced –  such as Etta James 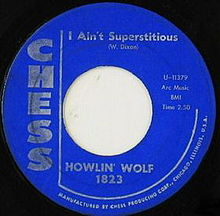 and those he influenced such as Jeff Beck 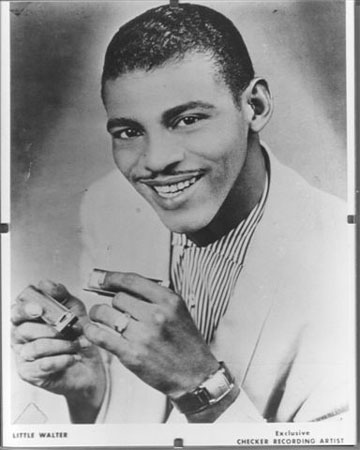 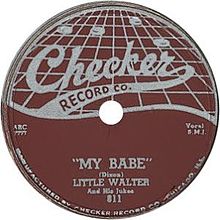 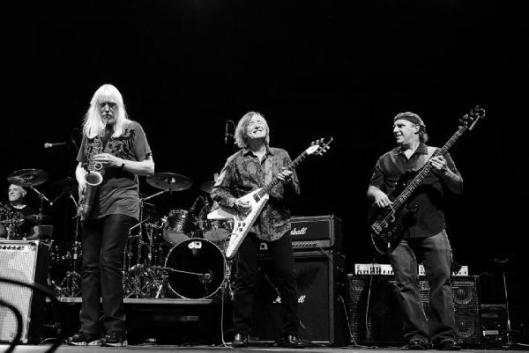 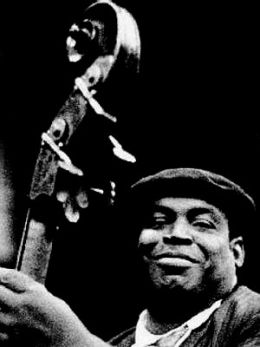 You shook me -Willie Dixon 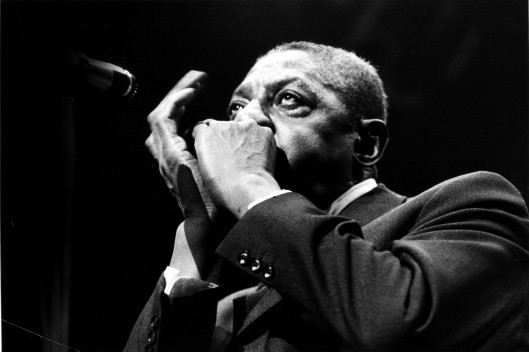 And Willy Dixon’s ‘Bring it on home’ – played by Sonny Boy Williamson (who else could do this one?) 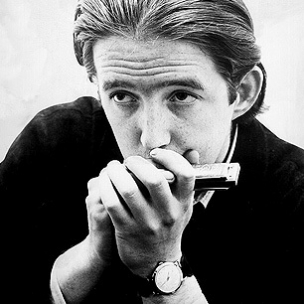 and a great Paul Butterfield version:

If you think that is quite a portfolio of songs -go to this link and see the real list of songs and their cover artists: