Tate Modern has put on another tantalising photographic exhibition. The theme is focused on aspects of voyeurism, in the broadest sense, and in many ways photography has always been about voyeurism. Take portraiture, which should be compliant with the subject yet the photographer may want to present the subject in a ‘new light’ revealing inner depths of his /her personality  – perhaps even unknown to the subject -a voyeur!

Exposed  – Voyeurism, Surveillance and the Camera

Since its invention, the camera has been used to make images surreptitiously and satisfy the desire to see what is hidden. Exposed: Voyeurism, Surveillance and the Camera examines photography’s role in voyeuristic looking from the middle of the nineteenth century to the present day. It includes pictures taken by professional photographers and artists, but also images made without our knowledge on a daily basis through the proliferation of CCTV.

The exhibition is divided into five thematic sections: The Unseen Photographer, Celebrity and the Public Gaze, Voyeurism and Desire, Witnessing Violence, and Surveillance. In each case, the nature and character of invasive looking is evident not only in the images themselves, but also in the ways in which the viewer is implicated in acts of voyeurism. Rather than blame the camera for showing illicit or forbidden material, Exposed explores the uneasy relationship between making and viewing images that deliberately cross lines of privacy and propriety.

The first section of the exhibition considers ways in which photography can reveal the world unawares and show people caught with their guard down. This idea begins with the technologies that have allowed images to be made surreptitiously, from nineteenth-century cameras hidden in walking sticks, shoes or inside suit-jackets, to twentieth-century devices such as the lateral view-finder which allows the photographer to apparently face one direction while taking a picture in another.

Celebrity and the public gaze

The notion of celebrity as we know it today is inseparable from the invention of photography. By the 1860s, photographic studio portraits allowed notable figures to become instantly recognisable to the public. However, this period of controlled self-publicity was short-lived. Smaller, more portable cameras allowed for covert picture-taking during private moments, and faster shutter speeds opened up opportunities for capturing subjects off-guard. Whilst some famous figures have manipulated the medium to their advantage, the infringement of privacy represented by such photographs remains controversial. 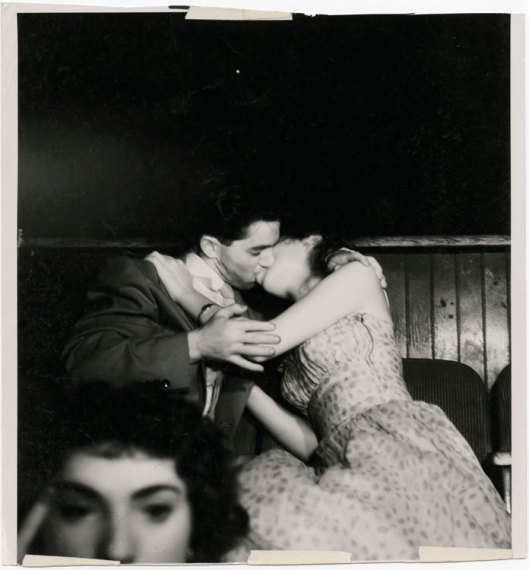 Photographs of violence produce paradoxical responses. On the one hand, the acknowledgement of the crime and confrontation with its gruesome effects is an admittance of the need for social improvement; on the other, repeated confrontation with such images may simply numb us to their shocking effects. Does photography allow us to bear witness to a victim’s suffering, or does it anaesthetize us to the horror? 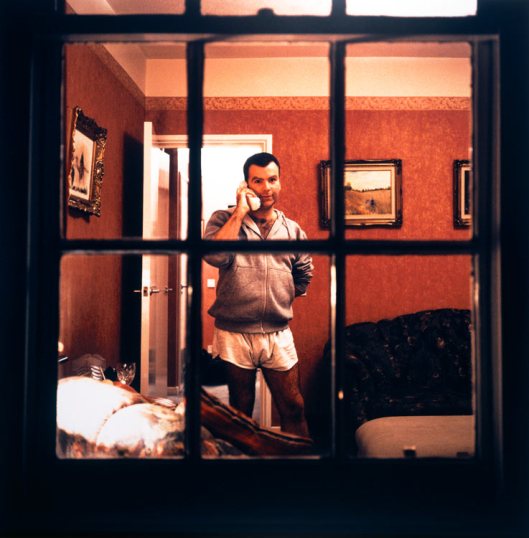 Derived from the French word ‘surveiller’, meaning ‘to keep watch’ or ‘to watch over’, the surveillance camera has been used to police borders, to assist war-time reconnaissance, to gain advantage over political enemies or simply to gather information. Techniques of surveillance are closely linked to developments in photographic technology – from the earliest aerial photographs to satellite pictures. In the twenty-first century, cameras on street corners, in shops and public buildings silently record our every move, while web-based tools such as Google Earth adapt satellite technology to ensure that there is no escape from the camera’s all-seeing eye.

Zone Zero is a great web site for photographers (both those working in analogue and digital formats). Pedro Meyer leads the show with his questioning , accurate and provocative editorials:

For example: Why World Press Photo is wrong!

Their argument goes that “after careful consultation with the jury, [it has] determined that it was necessary to disqualify Stepan Rudik, due to violation of the rules of the WPP contest”. The photographer had removed a foot of one of it’s subjects from a photo.

The photographer has explained that his motives behind the manipulation. “The Photograph submitted to the contest is a crop, and the retouched detail is the foot of a man which appears on the original photograph, but who is not a subject of the image submitted to the contest. There is no significant alteration nor has there been the removal of important information.”

We fully support Stepan Rudik, and consider that the stance by World Press Photo, is yet one more instance of a jury not understanding the meaning of photography.

Let me reiterate for all those who have not given this subject too much thought. Photography by it’s very nature is manipulation. Look at the contradictions, of this jury. That someone submits a crop of an image, seems to be quite acceptable. To remove a foot that is not part of the story, is worthy of being burned in a pire of ignominy. “How dare the photographer, have removed a foot”, while cropping a picture was not an issue.

Apparently we still have a long way ahead of us, in teaching all these juries and organizations around press photography, that their moralistic stance, is tantamount to the Spanish inquisition, searching for sins that did not exist.

Check out the galleries section: 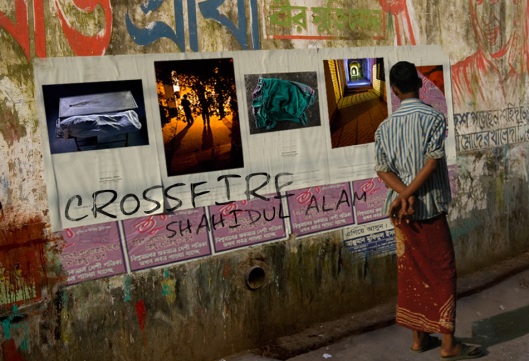 Or the Portfolios section:

And what about the magazine section, full of information about the whole world of photography, plus links to new sites such as Black Snapper

A recent blog post by Craig Mod, a self-titled computer programmer, book designer and book publisher, offers a thoughtful and distinctive perspective on the move of books from paper to interactive devices like Apple’s iPad.

Mr. Mod summarizes his argument in the subtitle of his post: “Print is dying. Digital is surging. Everyone is confused. Good riddance.”

Mr. Mod divides content broadly into two categories: content where the form is important, such as poetry or text with graphics, and content where form is divorced from layout, which he says applies to most novels and non-fiction.

This kind of thinking makes a key point: instead of arguing about pixels versus paper, as many book lovers tend to do, it is more useful to focus on whether the technology is a good match for the content.

Under Mr. Mod’s analysis, the common paperback and many other physical books are disposable. He writes,“Once we dump this weight, we can prune our increasingly obsolete network of distribution. As physicality disappears, so, too, does the need to fly dead trees around the world.”

As someone who long reaped a paycheck from the sale of books, Mr. Mod isn’t looking at the transition with any form of glee. Instead, he argues that it doesn’t really matter which vessel we choose to read on, since the content will always be king. He writes, “For too long, the act of printing something in and of itself has been placed on too high a pedestal. The true value of an object lies in what it says, not its mere existence.”

When I’ve written in the past about the changing landscape of the print world, I usually get a raft of angry comments stating that print will never go away or that books will have to be pried away from a reader’s cold dead hands.

In anticipation of such commentary, Mr. Mod’s argument is highly respectful of people’s love of the physicality of holding and touching a book. In comparison, sitting upright at a computer screen does not offer this “maternal embrace.” Yet devices like Amazon.com’s Kindle and Apple’s iPhone and iPad are getting closer to that intimate experience.

Mr. Mod also discusses the need to push the boundaries of how we interact with content on these devices. Apples’s iBookstore, for example, takes the book metaphors too literally in a digital setting and doesn’t innovate enough given the tools at hand. “The metaphor of flipping pages already feels boring and forced on the iPhone. I suspect it will feel even more so on the iPad. The flow of content no longer has to be chunked into ‘page’ sized bites.”

For hundreds of years, we’ve been consuming information on static pages, and for the most part, this content has been presented with a beginning, middle and end. Nonlinear, digital platforms will prompt a new range of thinking about stories and how to tell them.

Picture this : We can end poverty.

I am thinking of entering this UNDP photo contest for two reasons I work in education and I work with communities who are working to overcome poverty. The bilingual Teaching Assistants that I work with try to encourage parents to send their children to school and often are willing to ‘knock on doors’ and shepherd as many as 12 children down the rough mountain track to ensure they have a safe journey to school. So my photos will go in the second MDG -achieving universal primary education.

Picture This: We Can End Poverty is a global photo contest seeking to show— in a positive way— what people around the world are doing to achieve the Millennium Development Goals (MDGs), eight goals agreed on by world leaders to halve extreme poverty by 2015.

The eight Goals are:

Contestants must enter either as professionals or amateurs, not both.

The 2010 contest will include a People’s Choice Award where the public will vote for their favourite photo online through this website. Click here to vote.

The winning photos will be exhibited during the UN MDG Summit and UN General Assembly in September, 2010 in New York, when world leaders will meet to recommit and redouble their efforts in the fight against extreme poverty.

More about the contest