John Mayall is often talked about as ‘Father of British Blues’ as he had the ability of discovering new blues talent and nurturing them within his band, the Bluesbreakers.

If John Mayall is the father then Alexis Korner must be the grandfather. His love of blues as a player, band leader and broadcaster made an immense impact on the quality and range of players in the UK.

From Wikipeadia -Alexis Korner (19 April 1928 — 1 January 1984) was a blues musician and radio broadcaster, who has sometimes been referred to as “a Founding Father of British Blues”.

A major influence on the sound of the British music scene in the 1960s, Korner was instrumental in bringing together various English blues musicians.

One memory of his youth was listening to a record by  pianist Jimmy Yancey during a German air raid. Korner said, “From then on all I wanted to do was play the blues.“

In 1961, Korner and Davies formed Blues Incorporated, initially a loose-knit group of musicians with a shared love of electric blues and R&B music. 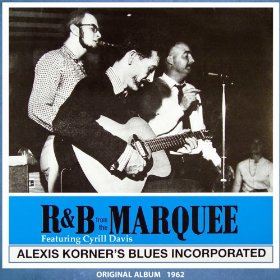 Not only did these musicians introduce the British public to down home Chicago Blues they often ‘lived ‘ with them, as with the help of people like Chris Barber, many of the stalwarts such as Muddy Waters, Champion Jack Dupree were brought over from the US , often staying in their homes while working their way round Europe in the late 50’s.

Not great quality recording -but a good vid of Cyril Davis, Long John Baldry and the Velvelettes

and another blast from the past with Alexis, Chris Farlowe, Zoot Money,Eric Clapton and Dick Heckstall – Smith

Out of ‘Blues Incorporated’ came bands such as the Rolling Stones, Cream, the Animals, Free and Led Zeppelin.

When Cyril Davies left Alexis’ band he formed the Cyril Davies All Stars and the band was made up of members of Screaming Lord Sutch’s group, the Savages, including Nicky Hopkins on piano, Carlo Little on drums and Rick Brown aka Ricky Fenson on bass. The band also featured Jimmy Page on guitar for a brief period, though he soon backed out to focus on his burgeoning career as a session musician and was replaced by Bernie Watson, another former member of the Savages.

Although not directly linked to this grouping of blues players, Davy Graham certainly had an influence on guitar players – even introducing the tuning DADGAD to acoustic guitarists. His album Folk,Blues and Beyond reminded us of his Middle Eastern interest, much like Alexis Korner. It was this broad minded openness to music of all spheres which  helped to break down some of the musical barriers that separated listeners. 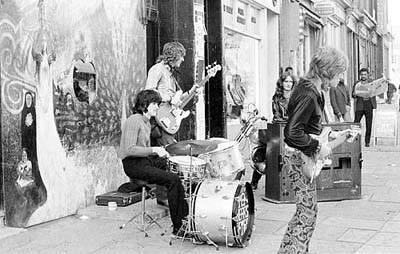 Let’s check out those blues numbers from those influenced by the early leaders such as Alexis Korner and Cyril Davies: 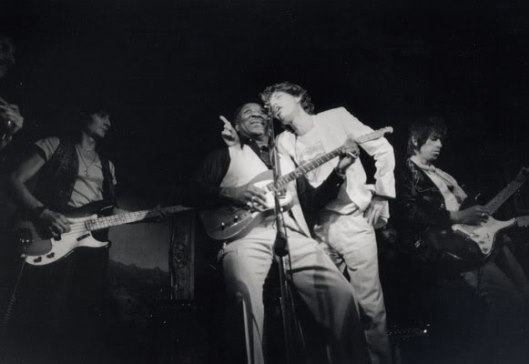 Cream was made up of two old Blues Incorporated players -Jack Bruce and Ginger Baker -here they are playing  a Robert Johnson blues -Crossroads Blues (with Eric Clapton, of course).

More to come on this theme…..

(reference for much of the text is http://en.wikipedia.org/wiki/Rollin’_and_Tumblin&#8217;)

“Rollin’ and Tumblin’” is a blues song that has been recorded hundreds of times by various artists.Considered as traditional, it has been recorded with many different lyrics and titles. Authorship is most often attributed to Hambone Willie Newbern or McKinley Morganfield (aka Muddy Waters), but Gus Cannon’s Jug Band may also lay a claim.

However, although the rhythm is similar the words certainly vary  – watch some of the more recent versions below and enjoy the typical improvised lyrics and variations on the instrument breaks. Sometimes even the title has been changed e.g. Robert Johnson’s “If I Had Possession Over Judgment Day”

Baby Face Leroy did a cover (note the reference to the writer -copyright?)

And Eric Clapton’s version from his Crossroads guitar festival

The song has also been recorded by :
Sonny Boy Williamson I, 1938

and here is R.L. Burnside

and the great Elmore James

and a Johnny Winter acoustic version (after Robert Johnson)

Canned Heat had a go at this song too:

and the Cream’s version with Jack Bruce on harp

and an even more recent and very different version fro Imelda May, moving well away from more traditional versions:

And this one is particularly good…..