As seen from other posts, I have an interest in early photographic processes.

Anna Atkins was an important witness to the ‘birth’ of photography in Britain.

Anna Atkins, not only experimented with cyanotypes but produced the first book illustrated using only new processes in photography -i.e. cyanotypes. 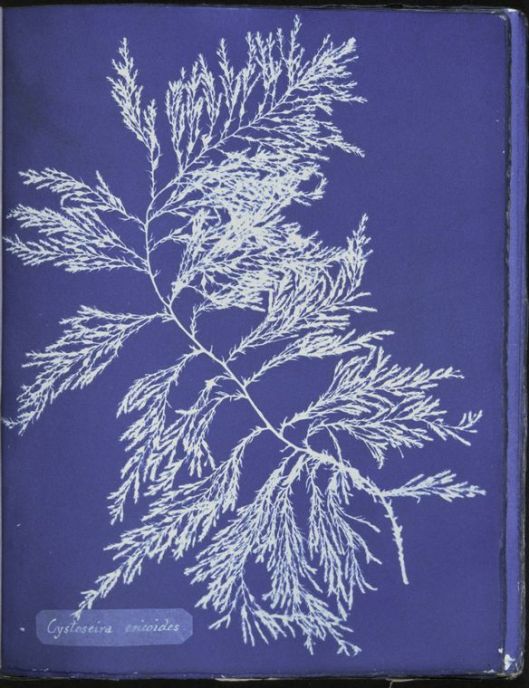 Pages from her book Photographs of British Algae can be viewed here  from the digital collection of the New York Library.

The V&A photographic department also holds copies of Anna Atkins work, such as this papaver: 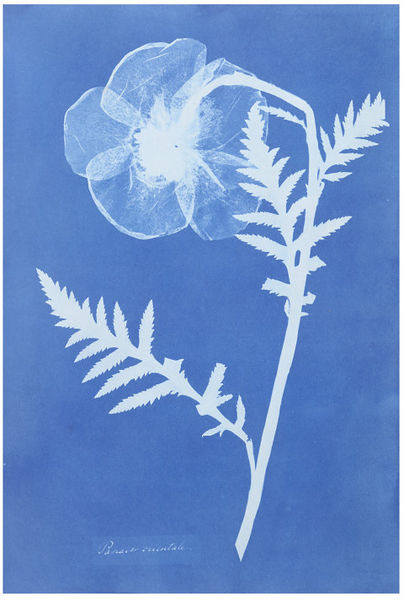 As a botanist and early photographer, Anna Atkins quickly realised the benefit of using the cyanotype process to record specimens of plant life, such as this poppy. Cyanotype was invented by the astronomer Sir John Herschel in 1842. The following year, Atkins became the first person to print and publish a photographically illustrated book, British Algae, Cyanotype Impressions, part 1. To make a ‘photogram’ with the cyanotype process, the photographer laid an object on paper impregnated with iron salts, then exposed the paper to sunlight for a few minutes. When washed in water, the area where the plant had blocked the light remained white, but the area that was exposed came out a rich blue.

and one of my own cyanotypes nearly 180 years later: